Description of our organisation

Our association was founded in 2015 and apart from nature conservation, we primarily focus on water restoration in countryside using the revitalization of rivers and floodplains. We also popularize this issue among the general public. Unfortunately, people are not really aware of this phenomenon which will affect, especially in the future, the functioning of the whole society and is therefore becoming increasingly important. The government is failing to deal with this issue so we are trying to fill the gap. We also run educational and publishing activities (articles, websites editing, etc.) Our association resides on the Dubno farm where we take care of the local nature reserve and its surroundings. The association has seven members – we take on other volunteers according to the demanding character of individual activities.

Founded in January 2012 at the Náchod town hall. It is an open coalition formed by citizens, associations, communities and towns. KSHF is currently representing at least 450 thousand citizens from the Czech Republic. For KSHF financially represents the association Živá voda at the authorities. KSHF manages an emergency committee. Academic Council of the KSHF is an advisory body. The aim was to stop all state-allowed exploratory areas, which we managed to do in three years; and to achieve a nationwide ban for hydraulic fracking of shale and underground coal gasification. Unfortunately, even the third attempt (one at the Senate and two at the Chambers) was not successful. (https://stophf.cz/kdo-jsme).
Our activities are diverse. We monitor the HF sector worldwide. We operate with two websites: STOPHF.CZ and FRACK FREE WORLD. We provide scientific evidence to show the real picture of the unconventional methods used for hydrocarbons exploration and extraction. We organize lectures. We had a public hearing in the Senate and Chamber where we organized an exhibition on HF in the USA. Presentation in the Royal Society (UK´s Academy of Sciences). For many years we counseled 350 municipalities that have gradually found themselves in the exploratory areas for HF. We initiated several episodes in the Czech Television program Nedej se. We lobbied in the Chamber, Senate and in the European parliament. We counseled in Austria, Poland, we are currently counseling in Slovakia. We publish on this issue. We published a brochure about fracking where we explain the method and its impact; and we exposed the lobbyists‘ main lies (SHALE-GAS-Energy-hope-or-dirty-business.pdf). Participation at the Global Frackdown – International day against fracking. We organized an international conference in Beroun against fracking: „Beroun Call to Action 2013“ with the attendance of anti-fracking groups from 17 countries. You can find a list of our other activities here (the list is not updated): (https://stophf.cz/co-jsme-dokazali)

Founded at Karlštejn in March, 2013. It was co-founded by anti-fracking groups from 17 countries including the Republic of South Africa.
Objective: to unite anti-fracking movements worldwide. To ban unconventional methods worldwide. Our members comprise about 7 groups from different countries. We have not managed to actually start yet; the groups from Spain and France curbed the initial start. Participation at the Global Frackdown – International day against fracking. Primarily we would like to improve our website in terms of reporting about the situation and counseling opponents in countries with fraction lobby.

Global movement for the evolution of planetary awareness of the humanity in order to ensure a sustainable ecological footprint of humanity. Founded at Karlštejn in March, 2013. There is only a Czech FB for now. We are working on the website. The logistics and philosophy are being developed in detail. The presentation on RMZ for supporters is finished, as an attachment. 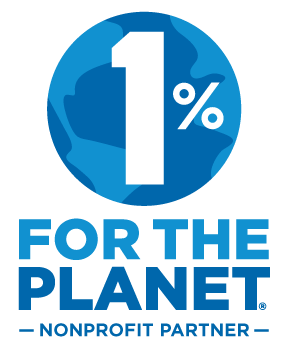